Education at Green Valley relies on a thriving and vibrant culture wherein students organize and participate in multiple activities that go beyond academics. Such participation not only helps them to become well rounded individuals but also good human beings who are responsive to their immediate socio-cultural environment.

Youth festivals,youth summits. talent hunt, exhibitions and various cultural meets are organised every year along with a delightful blend of international workshops, seminars and other fun-filled events. Such events and festivals aim at promoting healthy competition and also bring together various individuals by facilitating social interactions between schools and institutions across the country. 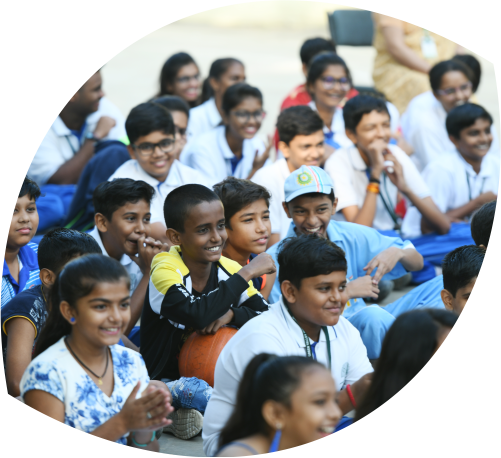 Vadodara city, also known as the cultural capital of Gujarat, has now established its name as the hub of education. With a number of educational and research institutes, it offers a variety of options in quality education, thus attracting several knowledge seekers from all over the globe.

The city is also known as The Cultural City and the city of art, in India. The city is known for the Lakshmi Vilas Palace, the residence of Baroda State’s Maratha royal family, the Gaekwads, of the Gaekwad Dynasty. Among many cities that Gujarat has, Vadodara is ranked amongst the most favorable cities to reside in. It has its heritage and culture that makes it awesome.

In Vadodara, the wet season is oppressive and mostly cloudy, the dry season is mostly clear, and it is hot year round. Over the course of the year, the temperature typically varies from 57°F to 105°F and is rarely below 51°F or above 110°F.

How to reach Vadodara

By Road :
Vadodara is well connected by road with all the major cities within the state as well as outside the state. Daily private and government buses run from Ahmedabad to Vadodara.

By Air :
The airport is situated in the northeast of Vadodara, in the suburb of Harni , about 6-km from the city. Indian Airlines and Jet Airways provide regular flights to Vadodara from Delhi, four flights a week to Chennai and Bangalore, two to three flights daily from and to Mumbai and Ahmedabad, Hyderabad and Goa.

Top 6 places to visit in Vadodara